Cash Transfers: Who is Giving Money to Whom

One nagging financial worry that some younger adults fear is that they may one day have to support their elderly parents.

The worst time for this financial support arguably happens when grown children are raising their own kids. The prospect of juggling college tuition bills while helping mom and dad get by is a daunting one.

The fear of this extra financial responsibility, however, appears to be overblown, according to a new study by the Employee Benefit Research Institute. The research, which looked at transfers of money between family members, concluded that only 4% to 5% of cash transfers are coming from younger family members to older ones.

The report, Intra-Family Cash Transfers in Older American Householdsopens PDF file , documented that from 1998 to 2010 there was an increasing trend of Americans, who are 50 and older, giving money to younger family members. The study noted that higher-income households are much more likely to give financial gifts to family members, but a significant percentage of low and middle-income households are helping out younger generations as well. 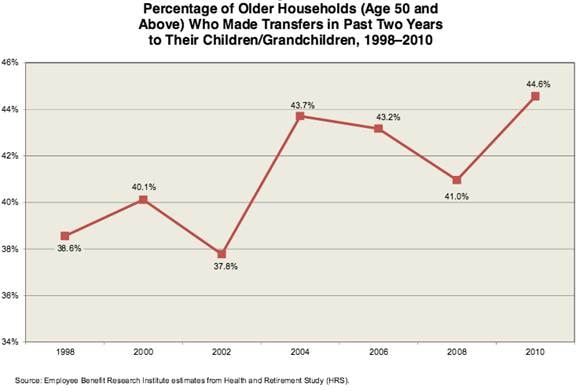 The research did show that the amount of cash transfers decline with age. Between 2008 and 2010, for instance, individuals who were 50 to 64 years old gave an average of $8,350. During the same time, the average money transfer from family members who were 85 years of age or above was just $4,787.

The data for this analysis come from the Health and Retirement Study, a study of a representative sample of households with at least one member aged 50 or older. It is the most comprehensive survey of older Americans in the nation and covers topics such as health, assets, income, and labor-force status in detail.

Another recent EBRI study documented that a significant percentage of the oldest Americans are dying without liquid assets. Of Americans who died at age 85 or above, nearly 21% had no assets beyond their residence and 12% had no money left at all.

The financial situation was even more precarious for these older Americans if they were single. In this group, about a quarter of individuals had no assets beyond their residence and nearly17% had no money. Nearly one in 10 of these older Americans had debt beyond any mortgage with the average amount being $6,368. 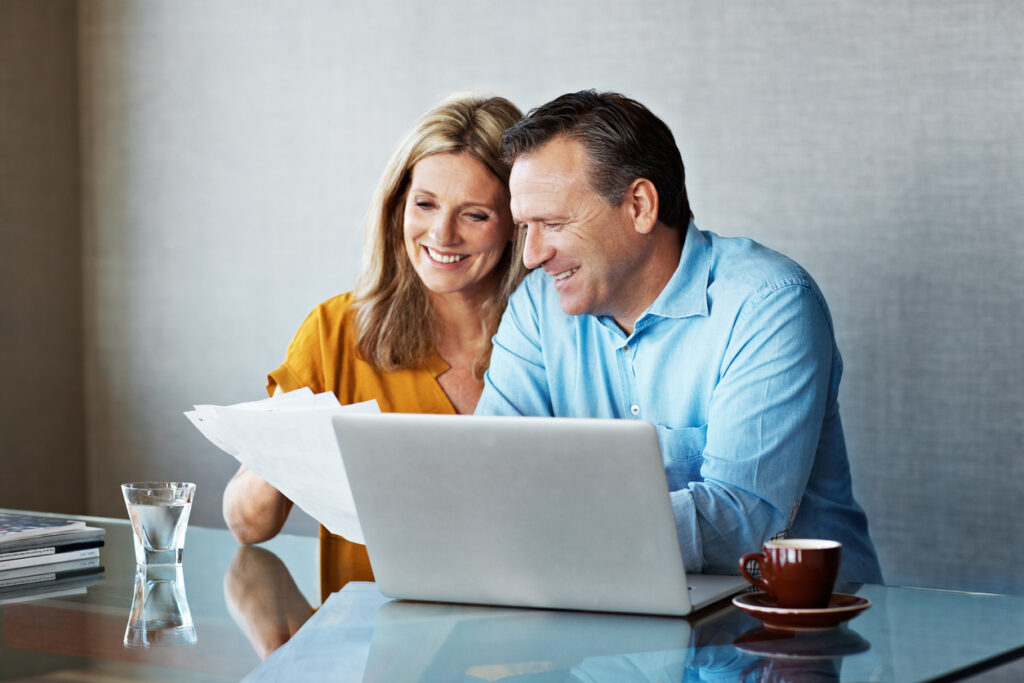