The Beauty of Being Average

If you invest in index mutual funds or ETFs, the best that you can expect to capture are average market returns.

If this doesn’t get you initially excited, it’s no wonder. Average usually doesn’t sell. No one hunts for an average accountant or an average physician.

Nobody gets excited about average test scores or the prospects of eating at an average restaurant.

Index funds, which attempt to mirror the performance of established benchmarks, are the exception.

What the Research Shows

Studies, which researchers have been cranking out since the Vietnam War, have repeatedly shown that over the long hall index funds perform better than the vast majority of actively managed mutual funds. 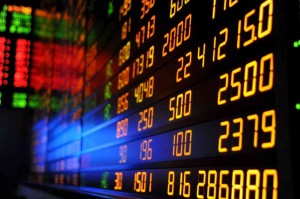 In a commentary spurred by one of the many studies documenting the advantages of index funds,Institutional Investor appeared huffy about a report’s conclusions that index funds are superior. “Fair enough,” the publication wrote, “but didn’t we already know that?”

The writers and editors at the financial trade publication understand the index advantage. So do finance professors at the University of Chicago and theWharton School at the University of Pennsylvania. The average investor trying to figure out how to invest his or her IRA or 401(k) doesn’t. And that’s what we’d like to fix.

What Is an Index Fund?

What’s so attractive about index funds? To appreciate what they offer, you have to understand how they work.

The job of an index fund is to closely track its respective benchmark, whether that’s the Standard & Poor’s 500 Index (large-cap stocks), the Russell 2000 (small-cap stocks), the MSCI EAFE(foreign stocks) or some other index.

An index fund manager will invest in all or a representative sampling of the securities contained in a particular stock or bond index.  The abundance of index-based mutual funds and ETFs allow investors to build diversified portfolios anywhere along the risk spectrum.

Indexing is quite different from actively managed mutual funds where managers try to pick only the stocks or bonds that they think will hit home runs.  Academic research has strongly suggested that all this jockeying to bet on winning securities is futile because markets are reasonably efficient.

To learn more about efficient markets, read our previous blog:  Is It Possible To Outsmart Wall Street? 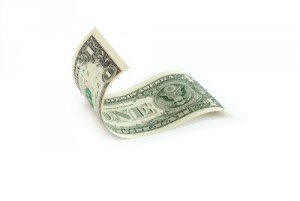 Active fund managers also generate more costs to shareholders due to their greater trading activities and research. These costs erode a manager’s returns.

Over an investor’s lifetime, the cost difference between investing in an average-priced mutual fund and an inexpensive index fund could be tens of thousands or even hundreds of thousands of dollars.

One of the things that investors have control over is the cost of their investments.

Is It Possible to Outsmart the Market