A Great Way To Break a Bad Investor Behavior

If you’ve owned any stock funds during the past few years, the chart below should make you happy.

The chart shows the performance of the Standard & Poor’s 500 Index, which is a benchmark that includes the nation’s largest corporations. It should be no surprise that blue chips were doing poorly in 2009 (lower left corner of the chart) when the recession was raging and the housing bubble had burst. But since that dark period, this popular stock benchmark has risen by more than 101%. Small-cap stocks have performed even better. Here’s why I’m bringing this up now:  while sustained stock gains can be fun to watch, they can also be risky. This last statement might seem strange, but if you let your stock gains run wild, you might regret it later.

The Case for Rebalancing 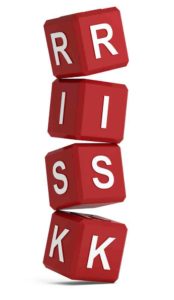 The cold reality is that investment returns are cyclical. Soaring stocks inevitably fall back to earth while bonds rise and fall too although usually not in such extreme movements. When there is volatility in the market, you don’t want your entire portfolio to crater. One way you can smooth out the ride is by rebalancing your investments. With rebalancing, you are able to keep your portfolio in equilibrium by maintaining it close to your target allocations. For instance, based on your time horizon and your risk tolerance, let’s say you designed your retirement portfolio to be split this way: stocks (60%) and bonds (40%). With the stock market doing so well since it shook off the effects of the recession, this 60/40 portfolio would now probably be lopsided. Your stock funds more than likely have greatly appreciated, while your bond funds have been treading water. In 2013, after a long bond bull market, bond funds actually experienced negative returns. Since 2009, the Vanguard Total Bond Market Index, one of the most popular bond funds in the country, posted a cumulative gain of just 5%. Based on what’s been happening in the market lately, the percentage of stocks that you now own would very likely be greater than what you originally felt comfortable owning. With a greater exposure to stocks, which is a more volatile asset, your portfolio will now be riskier.

A Check Against Bad Behavior

When you rebalance an out-of-whack portfolio, you simply bring it back to equilibrium. You accomplish this by selling some stock (your winners) and buying some laggards (your bonds.) Andrew Ang, a professor in the business school at Columbia University, who has done studies on rebalancing, noted in a recent Wall Street Journal interview why rebalancing is critical. One reason why it’s essential is because it prevents people from this destructive yet common behavior – buying high and selling low. People chase returns when they get excited about soaring investments and they sell scared when the securities start dropping. This is the exact opposite of what investors should be doing. “Rebalancing is the simplest, and yet one of the most powerful, ways of buying low and selling high,” Mr. Ang says. “The beauty of a good rebalancing policy is that it is automatic. Buying when prices are going through the floor is very difficult. Selling when prices continue to rise through the stratosphere is equally hard. Rebalancing forces you to do both.”

Don’t Be Fooled By the Calendar The Right Way to Invest in a 401(k)  Is an Inherited IRA Really an IRA?