If you plan to move your retirement money around in the near future, you should proceed very carefully. You can blame the need for extra caution on a recent and surprising U.S. Tax Court ruling involving a married couple and their Individual Retirement Accounts. Before you can appreciate why the ruling was a bombshell, you need to understand what the IRA rollover rules have been for many years. Americans have enjoyed the ability to withdraw money from an IRA without getting hit with taxes as long as the cash was rolled over within 60 days. Historically the IRS has allowed an investor to make a rollover once each year (the 365-day period starts the day the IRA withdrawal is made) for each IRA. So if an individual had three IRA’s, he or she could pull money out of each one without the threat of taxes as long as the money was re-deposited within the 60 days.

The IRS decided to go after the couple (the husband is a tax attorney) when the agency concluded that they were taking unfair advantage of the rollover rule. Tax attorney Alvan Bobrow took $65,064 out of one of his IRAs and then nearly two months later he withdrew an identical amount of money from another IRA he owned and used it to repay the first IRA. Later, Alvan’s wife took $65,064 out of her IRA and used it to repay Alvan’s second IRA account. Finally, the couple used $40,000 from a taxable account in an attempt to repay her IRA. The Bobrows claimed that all three IRA rollovers were legitimate, but the IRS said only one was valid. The dispute ended up in tax court. 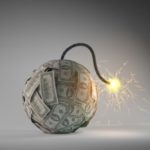 The tax court ruled that the IRS had assessed the couple’s tax liability correctly, but used different reasoning than the IRS. Despite a long-standing IRS position, the tax court decided that the once-a-year rollover rule applies to all of a taxpayer’s IRA’s. So, for instance, an investor who owns two traditional IRAs and a Roth IRA would only be able to complete a rollover for one of the three during a 365-day period. The new rollover rule will start in 2015. In interpreting the tax code, the court concluded that the government doesn’t want taxpayers to game the system by having tax-free access to their retirement money through frequent rollovers. Here is the link to the IRS’s explanation of the one-rollover-a-year rule.

Despite the surprising ruling, there is a way to avoid the once-a-year rule. Investors can move retirement money from one account to another whenever they wish as long as the transfers are direct, trustee-to-trustee transfers. So if you have a traditional IRA and a Roth IRA parked at Charles Schwab and you want to move the assets in both accounts to Vanguard within a one-year period, you can do so as long as the money goes directly from Schwab to Vanguard. Direct transfers have always been the safest way to move IRA money and will be even more so from now on.

Why You Shouldn’t Wait To Contribute to Your IRA How Long Will You Live? How Your Money Can Buy Happiness