This summer Ian Ayres, a Yale University law professor, mailed letters to thousands of workplaces that has triggered a great deal of anxiety among employers.

In the letters, Ian Ayres, who is also an economist, warned employers that their 401(k) plans appeared too expensive. And he passed along this advice:

“We recommend that you improve your plan menu offerings, including adding lower fee options, both at the plan and fund level, and consider eliminating high-fee funds that do not meaningfully contribute to investors diversification.”

To guarantee that the letter would grab the attention of 401(k) sponsors, Ayres made a promise.  He told the letter recipients that he plans to release the names of the high-cost 401(k) plans next spring to the media, including The New York Times and Wall Street Journal. The professor also promised to broadcast the results via Twitter using company hashtags.

Why you should care

At this point you might be wondering why you should care about a mass mailing that is causing executives to sweat?

What the Yale professor is doing is important. His actions are part of a movement to reduce the costs of Americans’ workplace retirement plans. As pensions have steadily disappeared over the years, the 401(k) plan has become the main retirement plan for millions of Americans.

Without a pension safety net, it’s crucial that workers be able to stockpile as much money as possible into 401(k) accounts. The job, however, becomes much harder if the retirement plan is burdened with expensive fees. 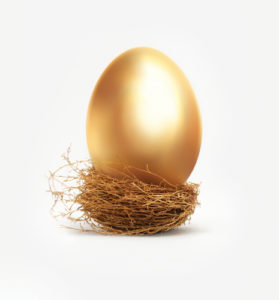 Many 401(k) plans, including perhaps yours, are too expensive. High fees erode the amount of money you are ultimately able accumulate in your retirement plan.

Just paying one percentage point more in fees over 35 years can shrink a worker’s retirement savings by roughly 28%.

The professor’s letters are just the latest in a recent movement to reign in 401(k)-fee gouging by shining light on the problem.

It’s a hopeful sign that more attention is being paid to retirement account fees.  Pay close attention to the fund fees on the various investment options in your 401(k).  Paying too much could have a significant impact on your retirement savings.

Filing for Social Security (Sort of)

A Social Security Do Over