What Happened to Our Ice Cream?

Do you ever wonder if the shrinking packages at grocery stores fool people or even bother them?

A few years ago people who bought ice cream in the dairy case could pick up a half gallon. Today that half gallon has shrunk to 1 ½ quarts. A five-pound bag of sugar is now 20% lighter. There are fewer hot dogs in a package to roast.

While we are buying less, we are paying just as much or more for our smaller yogurt cups and lighter boxes of cereal that don’t last as long for breakfast.

Food manufacturers can be so clever in disguising their shrinkage that it can be hard to detect what’s happened. For instance, there are large indentations at the bottom of some peanut butter jars to make them smaller without appearing to be.

The list of products that food manufacturers are downsizing continues to grow. Consumerist, a website operated by a subsidiary of Consumer Reports features an ongoing list of products struck by what it calls a “grocery shrink ray.”

Surely people have noticed the shrinking and can’t be happy with the phenomenon so why do manufacturers do this? Faced with the desire for bigger profits or to absorb greater costs, manufacturers can raise prices, cut back on the product or rely on both options.

A study looked at this very issue by examining the prices and packaging of ice cream. The academics concluded that manufacturers like cutting back on their product sizes because consumers are less resistant to this strategy. The research concluded that the average consumer is roughly four times more sensitive to package price as they are to package size.

The study, the researchers suggested, “implies that manufacturers can use downsizing as a hidden price increase in order to pass through increases in production costs, i.e. cost of raw materials, and maintain or increase their profits.”

The research also concluded that consumers with more education and higher incomes are less sensitive to both price and package size. 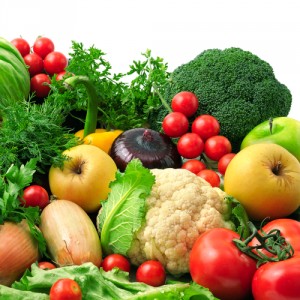 What You Can Do

Because of the shrinking packages, you need to pay more attention to the unit price which is the price divided by the number of ounces or servings.

And here’s an even healthier idea: avoid process foods. Cook instead using whole foods. A pound of carrots or a pound of apples still weighs a pound.

12 Things You Can Feed to the Shredder

Have We Stopped Changing?

How to Budget for a Vacation